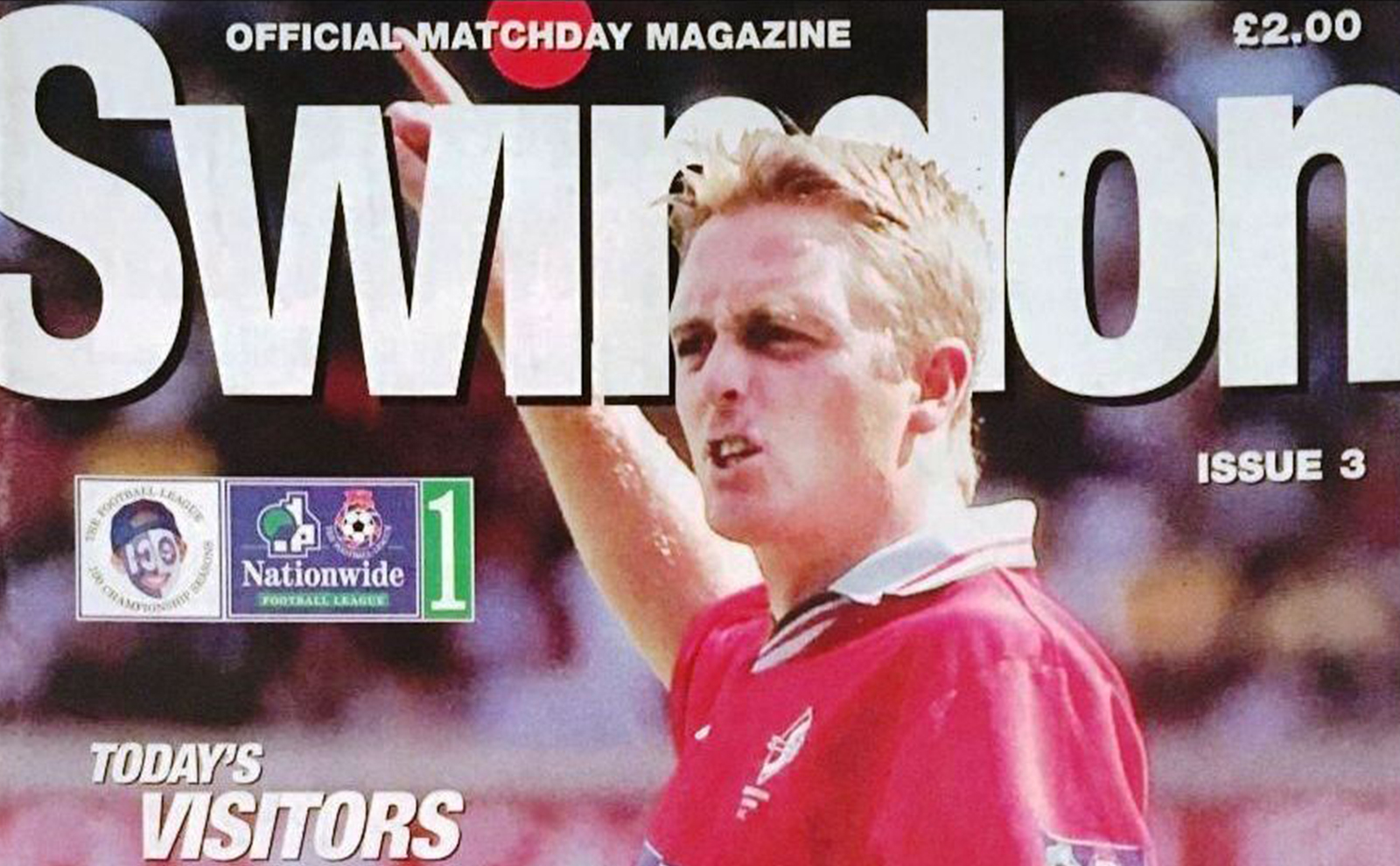 By suthersuk9th August 2018 No Comments

I’m currently collating material for a book on my experiences in my career in football, which I hope to self-publish next Spring.

My book will include reminiscences from my time in the Charlton Athletic portakabin at Selhurst Park when we ground-shared with Crystal Palace, extracts from the diary that I kept throughout my 8 years at The Football League, my diary entries from my one, eventful, season at Swindon Town FC and memories and recollections from my time back at Charlton when the Club became an established member of the Premier League.

My one season at Swindon Town in 1998/99 was extremely challenging and as I said, eventful, to say the least! However it was also a time that I look back on with a lot of pride in what my colleagues and I achieved against a background of financial difficulties, redundancies, dwindling support, demonstrations and a seemingly inherent inertia and resistance to change that permeated throughout the Club and certain sections of the support base.

That resistance to change was  never more clearly demonstrated than with the now ‘infamous’ episode that saw what I considered to be an important and much needed improvement to how we sold match programmes, become the subject of quite intense TV and press scrutiny.

Here’s my diary extract from that time:

Due to the redundancy announcements by the Chairman yesterday, I had to bring in my professional programme selling company sooner than I had expected.

Under the old ‘system’, a group of so-called ‘volunteers’ sold the programmes and put the proceeds in plastic buckets! Their ‘payment’ was a free match ticket. It was a system that offered no protection to either the Club or the volunteer, it provided no opportunity to control and improve sales and in all honesty it made the club look pathetically amateur. Therefore, after making contact with Gate Promotions, a company that is well versed in working in professional football, arrangements were made for them to sell the programmes from this Wednesday at the Oxford United match.

I asked the member of staff who ‘controlled’ the ‘volunteers’ for the names, addresses and telephone numbers of his volunteer programme sellers to enable me to contact them to explain the situation personally to them. I was told that that he didn’t have any contact details for these people! I found this very hard to believe but symptomatic of the lax attitude and basic lack of controls and procedures that exist at this club, but there was nothing I could do about it. I therefore braced myself for some ‘fun and games’ at tomorrow night’s home match!

Swindon Town v Oxford United is a massive game in these parts and there is certainly no love lost between the two sets of supporters.

During the day, I had changed a few things around, such as stewarding and the use of all area passes. Amazingly, no one had ever before thought about having restricted areas at the ground!

At about 3.30pm, Frank and Jill from Gate Promotions arrived and we had a chat about how the programme selling should operate. I also updated them on the problem of not being able to contact the volunteer programme sellers but even I never foresaw what would later take place!

This match with Oxford was all-ticket on the insistence of the police and I was taken aback at the amount of full-scale riot police that were on duty for this match. As kick-off time approached, there was a very strange mood at the club. Then it happened. A group of the old programme sellers were causing problems. I went outside to talk to them and they were clearly upset. They couldn’t understand why they had to find out this way and refused to believe me when I said that I was told that the club had no record of them and therefore no way of contacting them. Despite being given complimentary match tickets to the next three matches as a ‘thank you’, they were clearly intent on a course of vigilante-type actions.

I later heard of stories of abuse being given to the new programme sellers and of attempts to persuade people not to buy match programmes. This was pathetic and totally unacceptable. Loyal supporters, aren’t they? However, when I heard that these people were also giving interviews to Central TV film crews, I blew my top and told the Central TV guys exactly how let down I felt.    At a time when loyal, hard-working members of staff were being made redundant due to the perilous finances at the Club, I was certainly not feeling too sympathetic towards a group of people who were not employees and who certainly didn’t have the Club’s best interests at heart.

The saving grace for everyone tonight was that the team won 4-1 and played really well. George Ndah and Iffy Onoura both scored two goals and the team put in an impressive performance. My mood though was one of anger and resentment. A perfectly understandable and professional decision to make the sale of match programmes more profitable and accountable had been allowed to become the major story of the night. I just couldn’t believe it.

The first people I spoke to on arrival at the ground were the two lads from Central TV, whose studio is based over in the South Stand. They explained why they interviewed the disgruntled former programme sellers and I put my side of the story very strongly indeed. They then did a live interview with me to put the record straight.

Again, I couldn’t believe the media attention that this perfectly straightforward decision was attracting. The whole thing last night made me feel quite depressed and I even started to doubt whether it was even worth bothering to try and professionalise this club. Perhaps the club and its supporters are just not ready for the changes that I am making and which I passionately believe so desperately need to be made.

There are some great people at the Club who have made me so welcome since coming here in July, as have many of the supporters but sometimes – and this is probably because on average two days a week I’m staying in a hotel – I feel very isolated in terms of being able to talk through the issues that I’m having to deal with constantly at Swindon with someone I trust and value the opinion of. That’s why I so appreciated meeting up with Garry Nelson on Monday night when he was in the area. I thought on my long drive home that I really wished Garry had been staying in the area last night too!

After two days in a hotel, I was so pleased to go home and get away from Swindon, albeit only for a few hours!